Registration is closed for this event
Join KAIROS’ MERE Hub on Thursday, May 20th at 7:00pm EDT for the fourth installment of its virtual film club on the gendered impacts of resource extraction. 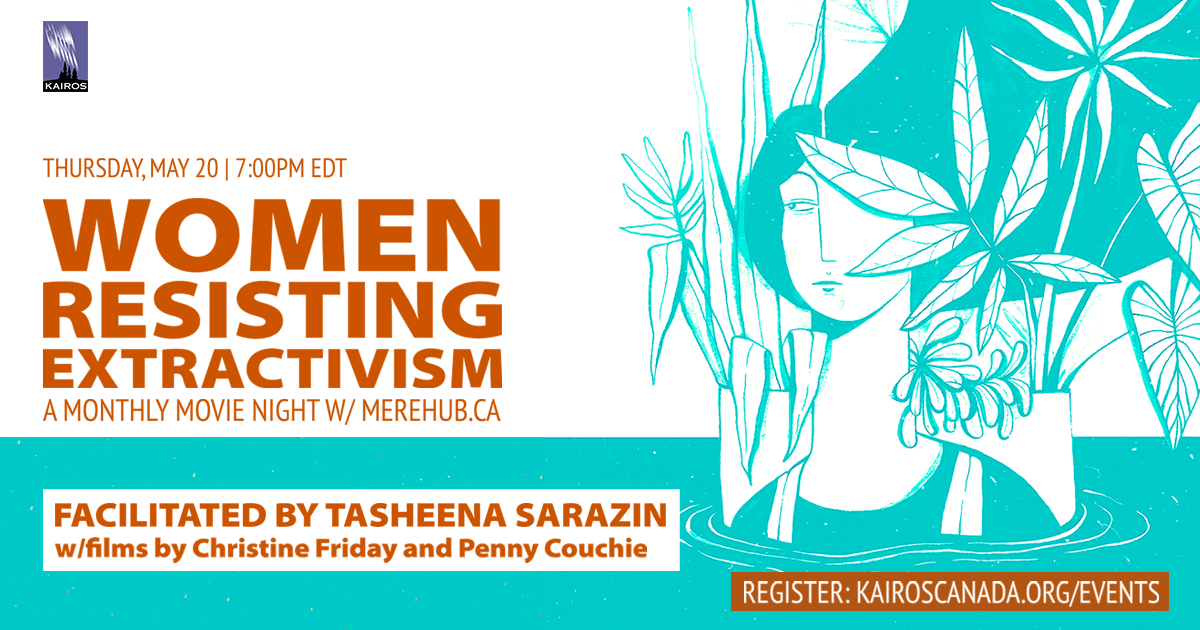 This penultimate session will be hosted by Tasheena Sarazin, an Algonquin artist with roots from Pikwàkanagàn First Nation and Bear Island. Tasheena is a hard-working mother of three children and an active member in her community. She is a powwow singer, dancer, and a self-taught seamstress/crafter. Over the past 7 years, her main involvement has been with Aanmitaagzi community theatre and the Near North District School Board, mostly acting as a lead artist/intern and a First Nations artist-in-residence. Tasheena's passion is to gap creative arts, culture, and motivational speaking as her mother did before her to create a safe space for a healthier future.

Tasheena has chosen the film “Firewater Thunderbird Rising, an Anishinaabe Dance Film” by Christine Friday as well as a film by Penny Couchie.

Inspired by Anishinaabe creation stories, “Firewater Thunderbird Rising” is a performance that is an emotional and powerful journey to understand the historical effects that alcohol has had on our people and creates a truth that pierces through the darkness of addiction rooted in fear to reveal a path towards healing that is directly connected to the land.

Tasheena will be joined by Christine Friday for a Q&A.

The Women Resisting Extractivism Film Club highlights the leadership of women land and water defenders and attempt to create a generative online space for participants to come together, learn, and build community. Each of the sessions will be planned, led, and facilitated by a land defender or ally.

Mother Earth and Resource Extraction: Women Defending Land and Water (MERE Hub) is a digital platform on the gendered impacts of resource extraction, created for and in consultation with women land defenders from across the globe who are mobilizing around large-scale resource extraction. It builds on KAIROS' work with partners on these issues. A number of videos, including the introductory video, the Gendered Side of Corporate Accountability can be found on the site.

Please help us and let your friends, colleagues and followers know about our page: Women Resisting Extractivism Film Club: Session 4 (May)